Hi, my name is ana, this is my blog and its about of melanie martinez

Melanie Adele Martinez was born on April 28, 1995 in Astoria, Queens, to parents Mery and Jose Martinez, who are of Dominican and Puerto Rican descent. Her family moved to Baldwin, New York, on Long Island, when Martinez was four. She listened to Brandy, Britney Spears, Shakira, The Beatles, Tupac Shakur, Biggie Smalls and Christina Aguilera growing up, and wanted to be a singer from a young age.

Martinez attended Plaza Elementary School, crediting her teacher Mr. Nadien with teaching her how to sing, and in kindergarten, Martinez began writing poetry.Martinez says she had few friends growing up and was a homebody, as she was "very emotional" and found it difficult to explain her feelings, crying when overwhelmed. She practiced photography and painting. Due to her emotionality as a child, she says that others referred to her as a "cry baby", which sparked the creation of the titular character of her debut album, Cry Baby. 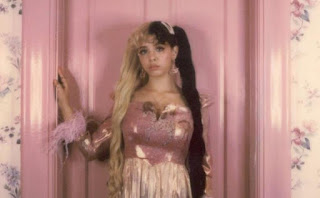 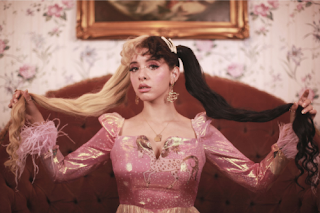 
Get my banner code or create your own banner